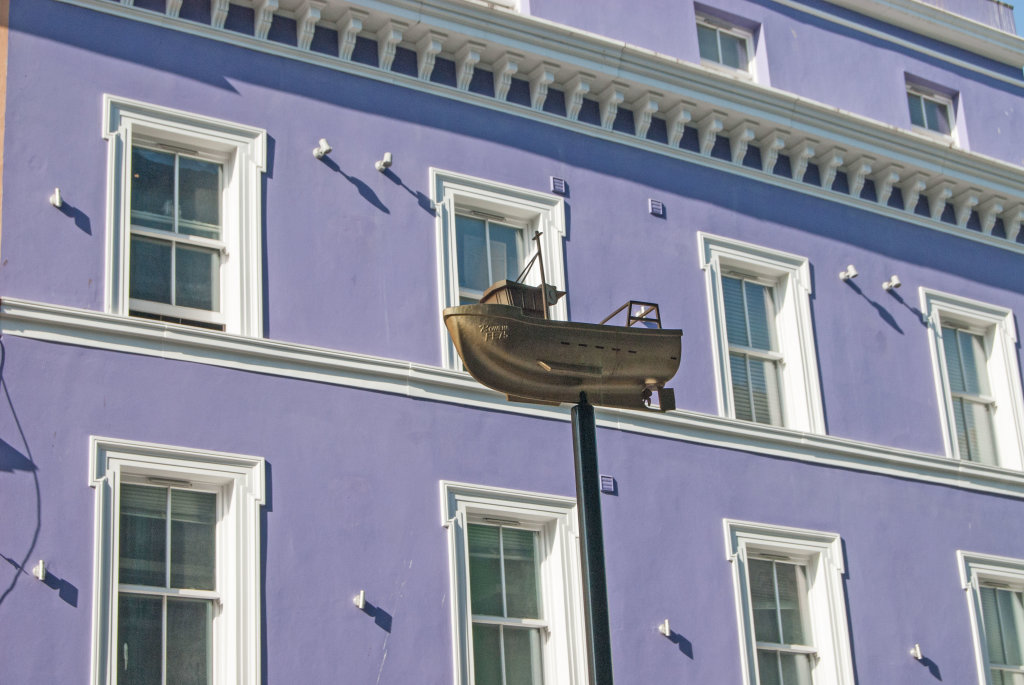 'Fleet on foot'
Tontine Street is the tidal inlet on which Folkestone as a fishing village developed. The fleet consisted of seven boats when it was nominated a tributary ‘cinque port’ to Dover in 1299. The artist’s research into the history of the river Pent, now beneath Tontine Street, has led him to celebrate the seven boats currently licensed in Folkestone Harbour, and three licensed elsewhere but operating from Folkestone. Gilded replicas (3D printed) of these boats surmount poles that carry information about each boat, its captain and crew, and other references too, such as Plimsoll markings, found on shipping all over the world (Samuel Plimsoll died in Folkestone in 1898).