The work will remain for further six months before being moved to a new location.
11/03/2015 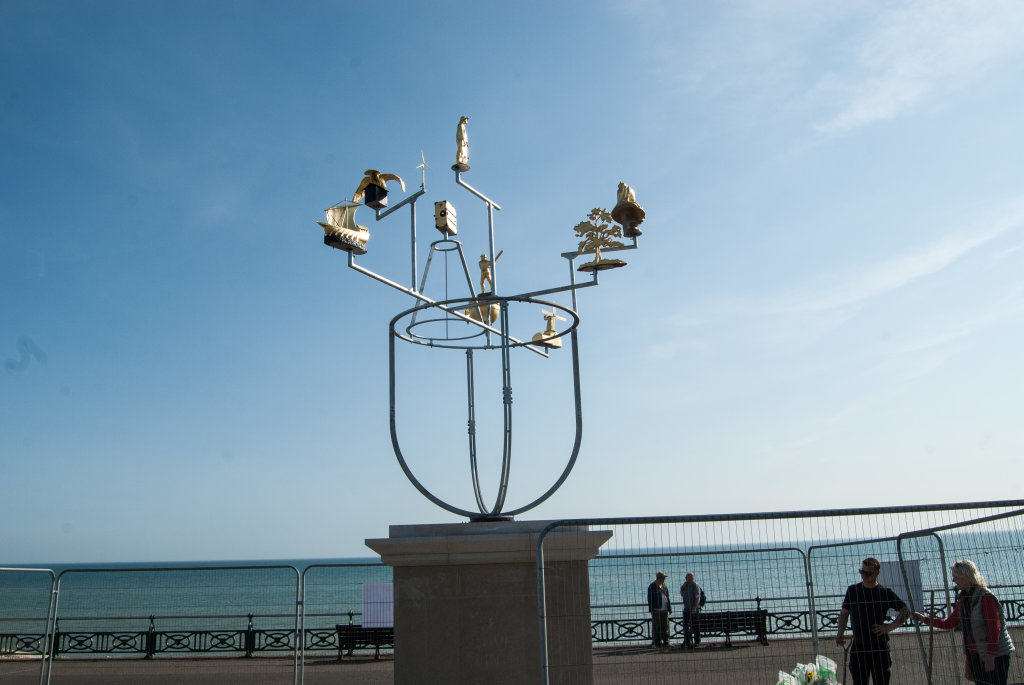 The idea for the Hove Plinth is to create a work that is part made by the local inhabitants and part made by the location itself. The role of the Artist in this project is merely to guide the work to fruition and provide a basic structure to focus the work as a whole. The work is made by the public and engineered by the Artist.
The notion of a constellation, a model of the planetary system, an oversized 'Orrery' is a perfect fit for the location. We are encouraged to look upward consider star gazing, and to consider a sense of cosmology and the place we hold in the world.
The Installation requires, not only, the involvement the local community but also of Brighton University and Brighton Museum. A dialogue was developed through workshops and discussions. This widens the works research to include the student body and those already showing an interest in the history of the area. There is therefore a widening of the audience who are normally involved in the process of delivery Artwork in the Public Realm.
The work is bigger than its physical presence. The constellation speaks of the area it occupies and the nature of scale and movement refers directly to its inspiration coming from a collective discussion.
Ultimately this will evidence an evolutionary process, the work becomes part of the urban grain, a landmark, a gathering or meeting point, a point of reference, that means many things to many people. The set of objects mirroring the continuous rotation of the planets offering a continual rediscovery and reinvention of their place in the work and in the larger space of the town. The objects are aspirant, magical, infused with meaning.
A local constellation.
Next
Previous