1.About Us / Stallions
Previous
Next
CLICK ON HEADINGS [IN BLUE} BELOW FOR MORE INFORMATION 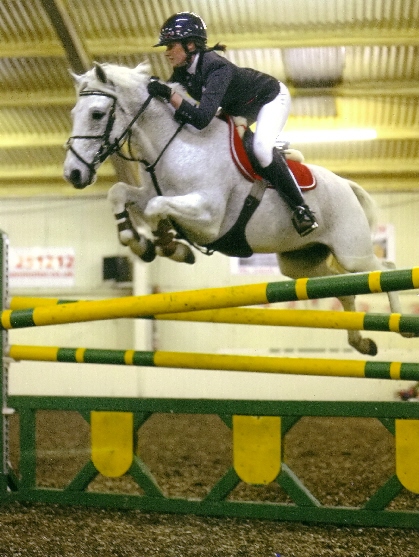 Our Stallion's offspring performing well, selling well or making the headlines.
'BALLINRUANE BOY' is jumping Grade A in the UK and is nearly always placed. He qualified for the RDS 148 6/7yo class in 2008 and the showjumping classic in 2009. He was sold to Jersey in 2010 and had a fantastic year in 2011 when he won the Showjumper of the Year award
and points championship in Jersey and the award for the most double clears in the year. He also won the Jersey Derby points champion
coming 1st in the Derby Trial, the Speed Derby and the Derby. And he won Showjumper of the Year in Guernsey and in only 2 trips from the
Channel Islands to the UK won a significant number of classes including a Derby with 120 starters. Currently he is being jumped by a smaller, younger rider on the European small tour and is being placed consistently.


Another pony by him who has done well is 'BALLYARD DUKE', [out of 'Ballyard Eda]', who won the All Ireland Jumping On The Lunge competition at Ballinasloe in 2009 and is now jumping out in Italy. See Video HERE , where he can be seen jumping 1.60m !


BALLYARD DUN BOY is a young pony for sale in England who has impressed his vendors. Here are some pictures of him. 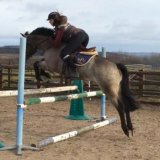 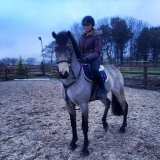 More pictures of him can be found in our 'PROGENY PHOTO GALLERY.

A part bred Connemara by Prince, GRANTSTOWN REBEL, achieved highest price [€7,600] of Performance Ponies in Cavan's end of August sales 2011. Check this out here
SEE PICS OF HIM IN PROGENY GALLERY
& VIDEO OF HIM ON OUR PROGENY VIDEOS PAGE